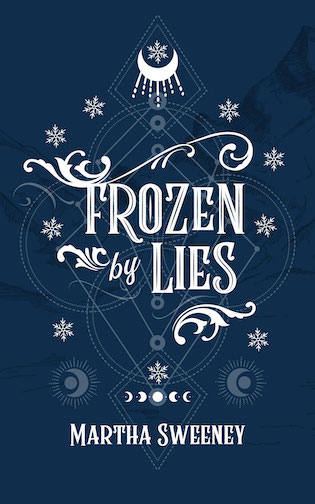 The bitter fault of one caused the magic from within to wither and die.

A feud has ensued for many generations, leaving most from both the Frost Clan and the Klaus Clan unaware of its origin. What happens when Noelle Frost and Nikolaus Klaus find themselves drawn to each other? Will their worlds collide, destroying everything in their wake? Or, do they have the power to bridge the ancient chasm and restore balance to the world?

This is NOT your average holiday story and NOT for the faint of heart.

“He is gorgeous!” Hope squeals from behind Noelle.

“Okay?” Hope balks. “You were practically drooling over him.”

“I was not.” Noelle scoffs, moving toward the sidewalk.

“It’s okay. He was doing the same with you,” she giggles. “Now, I know why your family was being odd.”

“They’re odd whenever a guy talks to me,” Noelle reminds.

Hope takes a sip of her drink and shakes her head. “Not if they know who he is.”

Noelle’s brows furrow. “What do you mean?” She looks back in the direction of Nikolaus’ departure.

“You’re from a biker community,” Hope scoffs. “How do you not know?”

“Know what?” Noelle sips her eggnog, inspecting the cup a second later. “This isn’t too bad. I could probably do a mix with this and my hot chocolate.”

“That would be a fun experiment,” Hope agrees. “We can try it tonight if you’d like.” She consumes more of her drink, then adds, “The Sleighers…as in the Sleigh Riders.”

Noelle’s becomes slack jaw as her steps come to a halt, staring dumbfoundedly at her friend. She’s heard whispers of the Sleighers from her cousins, but didn’t believe them. She always thought that they were a made-up nemesis to make her cousins and the Blades seem like bigger men.

“You okay?” Hope asks when she realizes that Noelle is no longer by her side.

“Are you shitting me?” she mutters.

Hope giggles. “You didn’t see the emblem on his jacket?”

Noelle tries to remember if he was wearing a jacket just now and the other night.

“You were too busy ogling him to notice,” she declares.

“Yeah…you were. You two were practically making out.”

Noelle shakes her head, trying to map out everything that has happened since the other night. “Are you sure?”

“You both were smitten.”

“No.” Noelle huffs. “I’m talking about him being a Sleigher.”

Noelle looks back over her shoulder. “That can’t be.”

“He said he was heading back to Alyona,” Hope reminds. “Exactly where the Sleighers are from.”

Noelle lets out a nervous giggle, shocked and amused by the revelation.

“So, what did you two talk about?” Hope pries as they make their way back to the house.

“That didn’t seem like nothing,” Hope states. “But, then again, you two were ogling each other quiet a bit.”

Noelle lets out a heavy breath.

“It would be poetic and…ironic,” Hope declares.

“Ironic…maybe…but, I’m sure there’s a better word for the situation,” Hope says more to herself.

“What are you talking about?”

“You two meeting and falling in love,” Hope coos.

With a singsongy tone, Hope hums, “Odder things have happened.”

“You’re not going to let me live this down, are you?”

“Nope,” she says cheerfully. “I’ve never seen you look at a guy like that before.”

Hope grins and snips her drink. “Like a woman in love.”

“Well…at least some lust,” Hope snickers. “I thought, for a second, you two were going to do more than make out.”

Noelle rolls her eyes. “Just don’t ever say anything to anyone in my family.”

“Who am I going to tell?” she replies.

“No,” Noelle denies. “I just don’t want the drama. There’s always plenty of that with my family…more so this time of the year.”

“It’ll make a great story for the kids and grandkids,” Hope muses.

“Do you think he has a cute brother or cousin?”

Noelle laughs hard enough that it almost brings a tear to her eye. Hope watches her, perplexed by what was said to make her react in such a way.

Hope shrugs. “Maybe a Sleigher is the best way to lure him out and get him to finally ask me out.”

“Or, maybe you’ll fall for your own Sleigher,” Noelle goads.

Hope considers the option. “I’m open to love wherever it may be. I’m twenty-five and need more in my life.”

Noelle snickers. “If you married a Sleighers, and the whispers are true, then we wouldn’t be able to be friends. You know that, right?”

“What are you talking about?” she asks.

“Blades and Sleighers are rivals.” 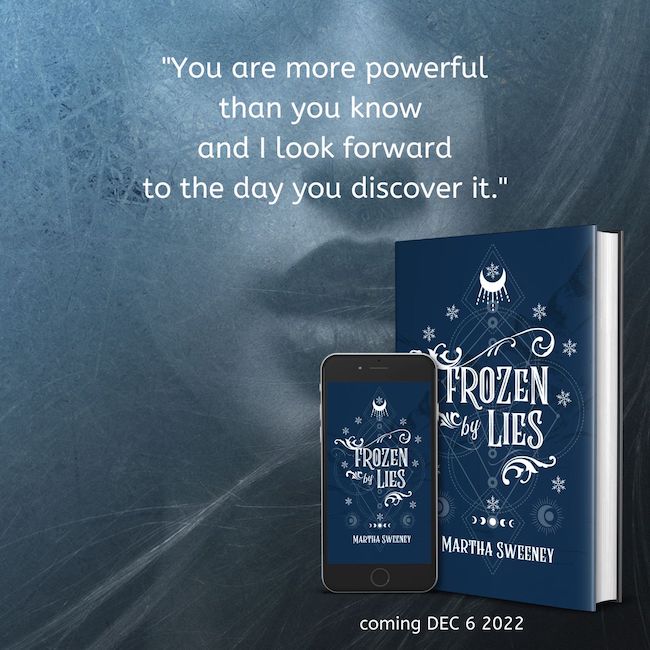 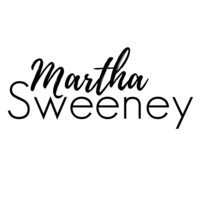 Martha Sweeney is a BESTSELLING author who writes in a variety of genres: romance (contemporary, romcom, suspense, paranormal and historical), suspense, fantasy, thriller, coloring books, and soon, science fiction. She strives to push herself as a storyteller with each new tale and hopes to push her readers outside of their comfort zone whether it be genre or the stories themselves.

With a B.S. in Psychology, Martha utilizes her knowledge of human and animal behavior successfully in the business world and in her writing to present realistic characters and situations. She’s been creative since she was little, always drawing, coloring or making crafts, so her venture into being an author was a natural transition.

6 thoughts on “Book Blitz: Frozen by Lies by Martha Sweeney”