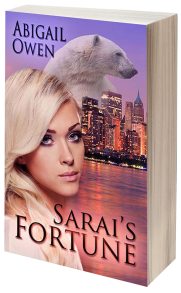 Zac Montclair’s first priority is to protect his people. With the escalating war between factions of shifters over land and resources, he has agreed to an alliance between his polar bears and the Shadowcat Nation of cougar shifters. But the treaty comes with a condition…he must accept one of their Seers into his Timik and put her under his personal protection.

Sarai Bouchard doesn’t need her supernatural gift to know that Kyle Carstairs’s obsession with controlling her ability will eventually result in her misery and demise. Her power is essential to her people’s survival, so when Kyle goes rogue, she’s sent to Zac Montclair to keep her safe. However, her visions reveal that while staying will lead to their becoming lovers, it also leads to his death. Leaving Zac will result in her own.

If Sarai can’t find a way to change the future, she will be forced to choose…save her lover or save herself.

Sarai Bouchard is a rare Seer, they are valuable for their insight into the future which puts Sarai in danger. Knowing her path will cross with Zac Montclair, Sarai is trying to find an out. She knows if they come together he will be in danger. However Zac is intent on keeping her safe and curious about the bond they are beginning to build. Will her visions change and perhaps have a different result.

Fantastic second book in the Shadowcat Nation series. Sarai is an intriguing heroine she is trying to save Zac, however Zac has his own plans where Sarai is concerned. This continues to be an exciting series, can’t wait for what is next. 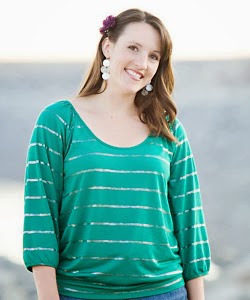 born in Greeley, Colorado, and raised in Austin, Texas. She now resides in Northern California with her husband and two adorable children who are the center of her universe.
Abigail grew up consuming books and exploring the world through her writing. A fourth generation graduate of Texas A&M University, she attempted to find a practical career related to her favorite pastime by earning a degree in English Rhetoric (Technical Writing). However, she swiftly discovered that writing without imagination is not nearly as fun as writing with it.