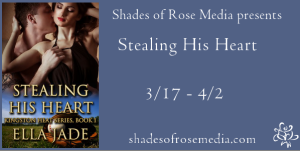 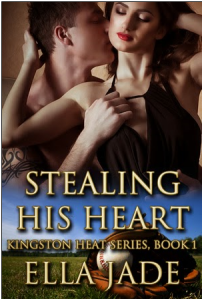 Will the bad-boy pitcher strike out when it comes to love?

Shy music teacher Sophia Ballis has sworn off men. After a bad experience with a college jock she decided it was better to be alone than to get burned again. She focused on her education and now her new job at a local private school.

Professional baseball pitcher Paxton Hughes is a player both on and off the field. He’s signed to the Kingston Crushers to bring home the coveted championship title. Nothing can get in his way. Serious relationships don’t mix with a life on the road and he never loses focus on the game. One-night stands are his specialty for a reason.

While out jogging one spring morning, the two collide, setting their course in motion. Pax is immediately drawn to the unassuming beauty. Sophia is aware of his reputation and decides one night of meaningless sex with the attractive Texas charmer is just what she needs to get over her self-imposed dry spell. Pax has more than a one-night stand on his mind, but will his bad-boy persona and demanding schedule ruin any chances of a happily ever after?

“Can I walk you to your car?” Pax asked.

“Thank you.” Sophia got up from the table and took his hand. “I’m parked right out front.”

He led her across the dance floor, waving to the few people who were left, and then out to the parking lot.

“It’s that one.” She pointed to her beat-up car, the one she’d bought her freshman year of college. It was used then but it still managed to get her where she needed to go. “Probably not as nice as what you drive.”

He leaned her against the car and wrapped his arms around her waist. Her heart pounded hard against her chest, strumming loud between her ears. She could smell the beer that lingered on his breath. His hazel eyes narrowed as he swiped the tip of his tongue along his top lip before tilting his head.

“I have a feeling I’m going be seeing you in my dreams tonight.”He sighed as he brought his mouth to hers. “Give me something to remember these next few days.”

She nodded as she placed her hands on his broad shoulders and guided him to her, closing any space between them. When his warm lips touched hers, she thought she would explode. A burn coursed through her and settled between her legs. The mild tingling she’d experienced when they danced was nothing compared to the intensity she felt now.

As he deepened the kiss, his tongue massaged hers. Increasing his hold on her hips, he pinned her between the car and his massive thighs. She tightened her grip on him when his erection grazed her center. Every nerve ending in her begged to be satiated. The ache inside her stomach moved lower until the dampness invaded her panties. Her nipples poked against the thin material of her silk bra.

When she moaned into his mouth, he placed one last kiss on her lips before pulling away. He looked at her for a moment, pressing his forehead to hers as he stuttered a few words.

“That was…well, I’ve never…” He ran his fingers through his hair. “You have me tongue-tied, sugar. That doesn’t happen often.”

Now she wanted to know what else he could do with that tongue.

“You best get in that car and drive away before I…”

She’d never wanted to have a one-night stand more than she did at that very moment. Maggie had said if there was ever a guy to have one with, Pax would be the one. He was a no-strings-attached player. Why hadn’t he asked her to go home with him?

“Be safe driving home.” He reached for the handle and opened her door. “You have some sweet dreams. I know I sure will.”

Sleep? That was the last thing on her mind.

Baseball Pitcher Paxton Hughes is not just known for his talent on the field, he also has the reputation as a player.  Although he does get lonely from time to time, he is focused on his career and one night stands fit the bill.  That is until he spots Sophia Ballis, he tries to flirt  and she shy’s away.   For the first time in his life he is interested in seeing where it leads and if he can prove to Sophia he is worth the chance and calm her fears about his reputation, he may find he is playing the most important game of his life.

Charming story.  I thought Paxton was so sweet with Sophia, he knows she is hesitant and that she is not experienced in the dating world.  Once Sophia decides to take the risk they are a dynamic couple and I thought the problems they faced were realistic and you are rooting that they will figure it out.  Very fun read.

Ella Jade has been writing for as long as she can remember. As a child, she often had a notebook and pen with her, and now as an adult, the laptop is never far. The plots and dialogue have always played out in her head, but she never knew what to do with them. That all changed when she discovered the eBook industry. She started penning novels at a rapid pace and now she can’t be stopped.

Ella resides in New Jersey with her husband and two young boys. When she’s not chasing after her kids, she’s busy writing, attending PTO meetings, kickboxing, and scrapbooking. She hopes you’ll get lost in her words.

Ella is giving away two swag packs during her tour.

For a chance to win please fill out the rafflecopter below.

2 thoughts on “Stealing His Heart by Ella Jade Book Tour”